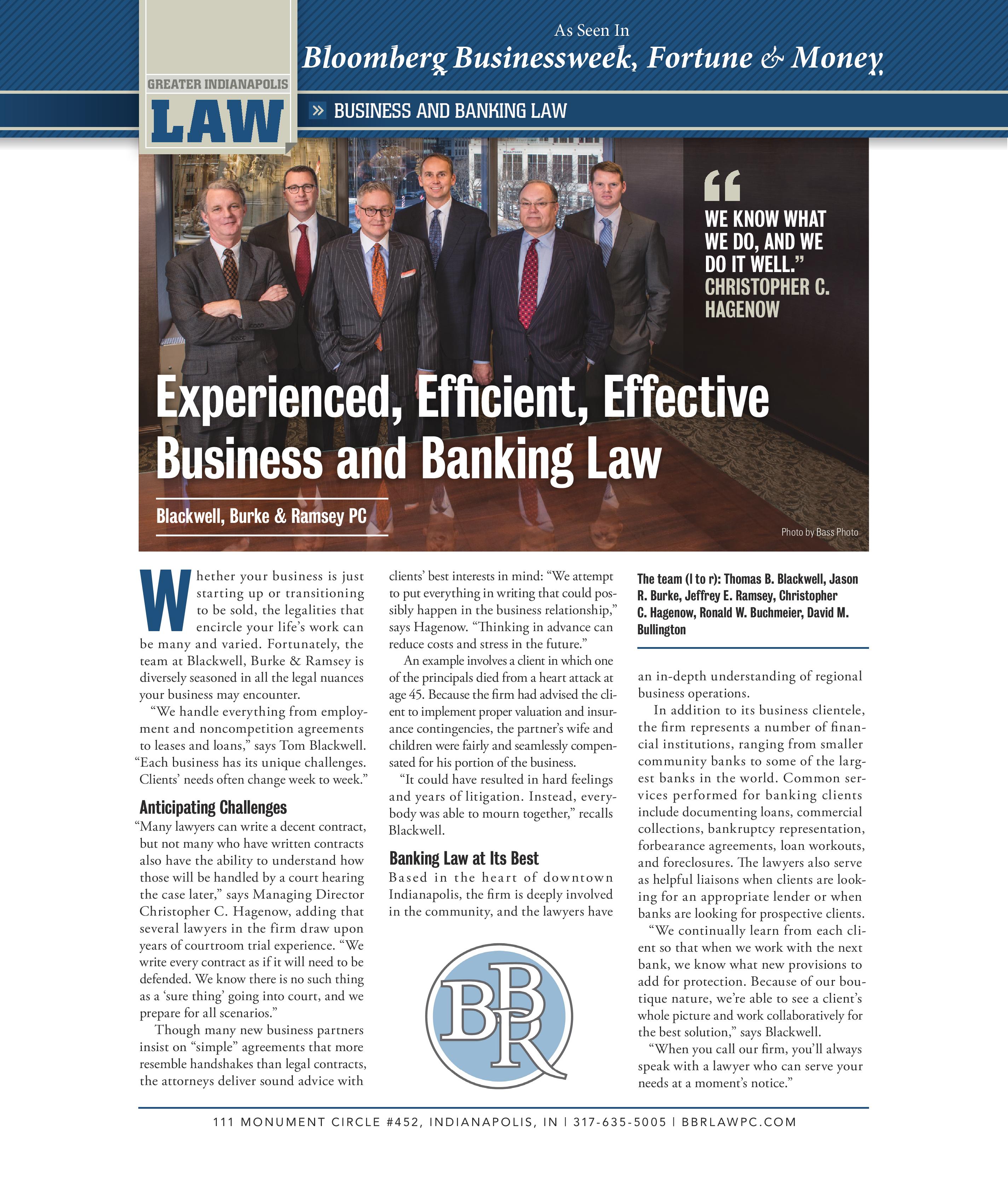 Concerns for Small Business: Insurance Can Be a Savior 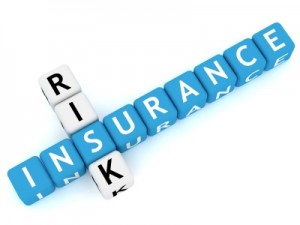 Insurance Can Be a Savior

Today’s post focuses more on a practical business reality as opposed to a purely legal issue.  Because we are celebrating Small Business Week, we will keep this blog post short as we know that all small business owners such as ourselves are always pressed for time and struggle to get everything accomplished while maintaining some sort of an otherwise normal life.

Over the past few years the insurance issue has been discussed at length in the media and among small business owners as the health insurance requirements have continued to increase and put administrative demands and financial pressures on businesses of all size.  Aside from health insurance, worker compensation, and general liability insurance, there are a number of other insurance products that are available to small businesses that can help provide some protection to the financial strength of the business as well as help to minimize the disruptions caused by unforeseen circumstances that every business will face.

Most small businesses do not have the financial capital or reserves to deal with unforeseen issues that arise that necessitate having to retain attorneys, perhaps paying for accidents or even failed contractual relationships.  Dealing with these issues requires the small business to dip into its operations accounts and thereby keeps that money from being used for more useful purposes such as growing the business or compensating the owners and employees for work previously performed.  As we all know attorneys’ fees can also cause a significant disruption in a business’s financial planning, as most small businesses do not set aside a legal budget as part of their business planning.  These legal expenses can often be incurred even if your business is completely correct in its legal position because it will cost money to prove that you are correct, and even then you have the lost time and other resources that you have to contribute to proving that you are correct.

For certain types of unforeseen circumstances, there are a number of insurance coverages available of which you may not be aware.  These can include things for cybersecurity, employment practices and directors’ and officers’ liability coverage.  While not every company is going to need every type of insurance, working with a talented and reputable insurance agent (no, I am not a licensed agent or in the industry at all) should help a business determine what coverages, and in what amounts, would be appropriate for the particular business.  Explain your business to your insurance agent and let that agent do his or her job and guide you in selecting the coverages and limits that would be appropriate for your company.

After you do obtain coverage you should become familiar with exactly what those coverages are and what they might cover.  If you ever have a question, you certainly should err on the side of notifying the insurance company of a potential claim and that company will certainly let you know if the coverage is available.  You should also be willing to look at the policy carefully as well as any exclusions that are part of the “standard” policy before purchasing it.  There are often many “endorsements” that are available that will take care of exclusions that are in a standard policy, but which may be important to your particular business.

Nobody likes to pay for insurance, but when it is needed everyone is glad to have it.  It usually only takes one covered claim to justify many years of paying the premiums for the various insurance policies necessary for your small business.  Hopefully your business will never need to file a claim, but business owners and managers can rest more easily knowing that the proper coverages are in place. 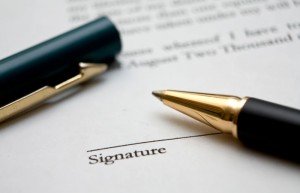 If you have ever had any involvement in a real estate transaction, including the sale or purchase of a home, you were likely aware that a title company was involved in the transaction, although you may have been confused regarding the title company’s exact role.  Title companies perform a variety of functions including: (i) acting as a third party escrow agent (holding earnest money until closing), (ii) preparing documents required to convey title to real estate in your State (deed, vendors affidavit, sales disclosure forms, etc), (iii) preparing the settlement statement that details the various closing costs and credits and the amount of money that must be paid by the buyer at the closing, (iv) conducting the closing itself, and (v) issuing title insurance.

While each of these functions are important, this blog will concentrate on the means by which a title company issues title insurance.  Title insurance comes in two forms, owner’s policies and lender’s policies.  An owner’s policy is issued to the owner of the property and insures that no interests in the property exist when the buyer takes ownership of the property.  A lender’s policy is issued to the owner’s lender that financed the acquisition of the real estate and insures the priority of the lender’s mortgage lien as of the recording of the mortgage.

It is critical that the buyer and the buyer’s lender understand the condition of the title of real estate before closing on a purchase.  Other interests in the real estate can significantly decrease, or even eliminate, the value of property.  Fortunately, the title company will provide a preview of the interests in real estate before the closing in the form of a title commitment that will allow you to determine if there are any issues that must be addressed.

Most title commitments follow a similar format that is broken up into Schedules.  Schedule A provides the basic information for the title policy to be issued, including: 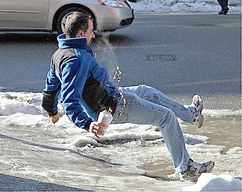 Individuals looking to start a business often question whether it is worth the hassle and expense of actually setting up a corporation and drawing up the necessary papers to establish that corporation particularly when the business is “just me.”  Traditionally the reason for going to that trouble and expense focuses on making sure that the individual, and therefore that individual’s personal assets, cannot be seized by creditors of the business in order to satisfy debts owed by that company.  If the company has not been set up and run as a separate legal entity, then the law looks at the company’s assets and the individual’s assets as being one and the same, and a creditor of the company can look to the person’s individual assets to pay any debt owed to that creditor.

Nevertheless, people still question whether it is truly worth it to incorporate.  We generally counsel people that it is well worth spending a little money to help protect personal assets; almost like an insurance policy that you buy and hope that you never have to use.   At the same time, after the corporation has been established, it must not co-mingle its assets with those of the individual owners.  In other words, it is important to keep things in separate “buckets” so that there can be no question what assets belong to the company and what is the property of the individuals.  The more “blurred lines” there are, the more chances there are that a company’s creditors will look to the personal assets of the owners.

A recent Indiana case has reinforced the principle that Indiana courts recognize the separation between a company and its individual owners.  This is true even if there is only one owner of the corporation.  The case actually involved a classic slip and fall that was suffered by the president and sole owner of a corporation.  That corporation was a tenant in a commercial building.  The corporation had the same name as the owner.  In the lease, the corporation had agreed that the landlord was not liable to the “tenant” due to any negligence of the landlord.  Believe it or not, these types of releases are enforceable under Indiana law when included in commercial leases.

The lease at issue in this case was signed by the person who had fallen, but he signed in a representative capacity, i.e., as the president of the corporation/tenant.

After the slip and fall occurred and the president of the corporation was injured, he filed a lawsuit against the landlord for negligence in failing to clear the snow and ice from the sidewalk in front of the building. The landlord filed a motion asking the court to rule as a matter of law that the release in the lease prevented the injured individual from filing the lawsuit due to his relationship with the tenant.  The trial court and the Indiana Court of Appeals both rejected the landlord’s argument.  The Indiana Court of Appeals noted that the lease was only between the tenant corporation and the landlord.  The injured person was not a party to the contract.  In addition, the Court of Appeals rejected the landlord’s argument that the plaintiff and his corporation were “interchangeable” because the corporation was a small professional corporation that bears the same name as the plaintiff.  On this issue, the court specifically noted:

If we accepted this argument, the corporate form of numerous professional corporations in this state, such as medical and legal practices, could and would be ignored routinely.  That is not a tenable result, and it is contrary to the laws providing for the creation of such corporations and their recognition as legal entities separate from their creators, shareholders, and officers.

The Court of Appeals therefore ruled that the injured individual’s lawsuit could proceed against the landlord.  While there may be other reasons why that individual may not succeed in the lawsuit, the important point made by this decision is that courts will continue to recognize that a corporation, even if it consists only of one person, is a separate legal entity from the individual owner of that corporation, and will continue to be recognized as such so long as the owner follows the proper formalities and does not “blur the lines” between the business of that corporate entity and the owner’s personal business.  Therefore, it is well worth the effort and limited expense involved in establishing a separate legal entity to protect not only one’s individual assets, but also potential claims that the individual may have against others.

Cynthia M. Reese has joined Blackwell, Burke & Ramsey, P.C. as a shareholder.  Ms. Reese has more than 17 years of experience and represents lenders and businesses in business and real estate transactions, commercial litigation and creditor’s rights. Ms. Reese has extensive experience in commercial workouts, loan documentation and commercial foreclosures.  Ms. Reese graduated from Ball State University in 1993 and the Indiana University Robert H. McKinney School of Law in Indianapolis in 1997.  She is a member of Indy CREW.

Of the new addition, Managing Director Christopher Hagenow said, “We are thrilled and honored to have Cindy join our team.  There are many synergies between our respective client bases and practice areas, and her joining us only adds to Blackwell, Burke & Ramsey’s very deep bench of commercial, creditor’s rights, business and bankruptcy attorneys.  We could not be happier about Cindy joining us.”