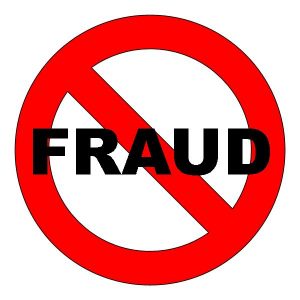 While the general rule is that a person who files for bankruptcy is relieved from all debts incurred by that person before the filing of the bankruptcy, as with all general rules, there are exceptions, and one of those exceptions has been the subject of some debate in recent years.  Specifically, the Bankruptcy Code does not allow a person to discharge a debt to the extent that debt was obtained by fraud.  Exactly how that provision of the Bankruptcy Code was to be enforced has been the subject of some disagreement, but the Supreme Court has now offered its opinion pursuant to a case arising out of Texas.

In Husky International Electronics, Inc. v. Ritz, the United States Supreme Court has found that the term “actual fraud” found in §523(a)(2)(A) of the Bankruptcy Code encompasses forms of fraud, like fraudulent conveyance schemes, that can be effected without making a false representation.

In Husky, a company controlled by Ritz incurred unsecured debt to Husky.  Rather than paying the debt, Ritz caused the assets of the debtor entity to be transferred to other entities owned and controlled by Ritz.  Husky then filed a lawsuit against Ritz seeking to hold him personally responsible for the company’s debt citing a Texas statute which made shareholders liable for their “actual fraud”.[1]  In response, Ritz filed for Chapter 7 bankruptcy relief.

Husky contended that Ritz could not discharge his obligations to Husky in bankruptcy because the inter-company transfer scheme constituted “actual fraud” pursuant to 11 U.S.C. §523(a)(2)(A).  That section reads as follows:

A discharge under [Chapter 7, 11, 12, or 13] of this title does not discharge an individual debtor from any debt . . . for money, property, services or an extension, renewal, or refinancing of credit to the extent obtained by . . . false pretenses, a false representation or actual fraud.

The Bankruptcy Court and the 5th Circuit Court of Appeals found the debt to be dischargeable.  The 5th Circuit held, specifically, that a necessary element of “actual fraud” is a misrepresentation from the debtor to the creditor, such as when a person applying for credit adds an extra zero to her income or falsifies her employment history.

The Supreme Court disagreed.  It reasoned that actual fraud has two parts: “actual” and “fraud”.  The word “actual” simply means any fraud that “involves moral turpitude or intentional wrong”.  The word “fraud” generally connotes deception or trickery and is difficult to define more precisely.  The Court, however, found that “from the beginning of English bankruptcy practice, courts and legislatures have used the term ‘fraud’ to describe a debtor’s transfer of assets that, like Ritz’s scheme, impairs a creditor’s ability to collect the debt”.

The Husky decision provides a powerful new tool for creditors – – provided that they can establish, under the relevant state law, a cause of action against corporate insiders.  All creditors and debtors should be mindful of this new opinion.

[1] Indiana does not have this statute.  Personal liability would have to be found on a piercing theory or aiding and abetting liability.