When March Madness Goes to the “Courts” 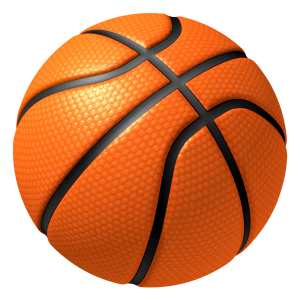 When March Madness Goes to the “Courts”

On February 7, 2015, an ugly fight broke out between two Indiana high school basketball teams.  As a result of the fight, the officials ended the game and the schools suspended the students who were involved the following Monday.  The Indiana State High School Athletic Association (“IHSAA”), of which both schools are members, then issued additional penalties, including suspending both schools from participating in the state tournament and cancelling each school’s remaining regular season games.

Despite the fact that season has long been over, the IHSAA appealed the trial court decision, and the Indiana Court of Appeals recently ruled in favor of the IHSAA and found that the trial court should not have issued the injunction that it did.

So why keep fighting?  The IHSAA likely wanted to get a judicial ruling that the IHSAA had the authority to issue rulings similar to what it did in this instance, because the longstanding rule in Indiana is that courts will exercise very limited interference with the rules and internal affairs of voluntary membership associations such as the IHSAA.

As has been discussed extensively through this blog in other contexts, Indiana courts are very reluctant to interfere with contractual relationships, particularly between sophisticated parties.  This same principle of non-interference is also used by the courts with respect to the rules and bylaws of associations of which the members are voluntarily associated.  In the recent decision, the Indiana Court of Appeals noted:

In Indiana, courts exercise limited interference with the rules and internal affairs of voluntary members of associations:

A voluntary association may, without direction or interference by the courts, for its government, adopt a constitution, bylaws, rules and regulations which will control as to all questions of discipline, or internal policy and management, and its right to interpret and administer the same is as sacred as the right to make them. . . .

The rules of voluntary associations are viewed as a contract between the association and its members and among the members themselves.  Absent fraud, illegality, or abuse of civil or property rights having their origin elsewhere, Indiana courts do not interfere with the internal affairs of a voluntary association, nor second guess an association’s interpretation or application of its rules.

The Court of Appeals also noted that a court is not to substitute its own judgment for that of an association such as the IHSAA.  In fact, all that needs to be shown by such an association is that there is enough evidence to form a basis which would lead a reasonable and honest person to the same conclusion.  It does not even need to reach the level of “preponderance” (more than 50%), which is the standard in civil law.

This is the same sort of review that Indiana courts apply to other contracts: so long as the contract does not call for a party to do something illegal, a court will enforce the parties’ agreement and will not substitute its own judgment for that of the parties.

The Court of Appeals ultimately ruled that the sanctions imposed did not violate IHSAA rules, and nothing in those IHSAA rules requires the IHSAA to impose consistent punishment for similar violations.

For those of us who are sports fans, we have heard about various challenges to associations’ abilities to impose penalties against its members and the players.  Examples of this include the NCAA and the NFL.  Before commenting on whether or not a particular decision is just or appropriate, just keep in mind that, at least in Indiana, those associations have significant discretion in what penalties they can impose, and if the particular members do not like allowing the association or its commissioner to have that sort of power, then the rules of the association (the contract) need to be changed by the members of the association.

As is true with most reported decisions, there likely are a number of facts and circumstances that were not included in the actual court opinion, and therefore the author is making no commentary about whether or not an appropriate decision was reached here.  However, simply keep in mind for both your personal and business matters, that when you voluntarily join an organization, you will be subject to that organization’s rules, and so long as those rules are not illegal or otherwise abuse your civil or property rights, Indiana courts are likely to enforce those rules strictly as written.

With that being said, good luck with your brackets.  Let March Madness begin.