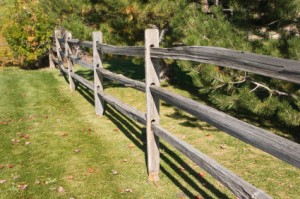 Under Indiana common law, the doctrine of adverse possession permits a party to take title to a property that the party has treated as its own despite not having held legal title to the property.  In order to take title, the party must demonstrate that (i) it has had control of the property, (i) it has had an intent to own the property, (iii) others had notice of the intent to take ownership of the property, and (iv) the possession has been for a sufficient duration of time.  In Bonnell, it was undisputed that all of these common law requirements were satisfied.  In addition to the common law requirements, Indiana Code § 32-21-7-1 also requires that the adverse possessor must have paid property taxes on the disputed parcel, or at least have had a good faith belief that he paid such taxes.  Here, Cotner had been paying taxes on a barn partially constructed on the parcel since 1968, which the Court found to be sufficient to demonstrate a good faith belief that he was paying all taxes assessed against such parcel.  Therefore, Cotner met all the requirements under Indiana law necessary to take title to the disputed parcel through the doctrine of adverse possession.

Nevertheless, this did not end the analysis given that the parcel was transferred by tax deed before Cotner had legally established ownership of the parcel through adverse possession by filing a quiet title action.  Under Indiana Code 6-1.1-25-4(f) and 6-1.1-25-4.6(g), a tax deed “vests in the grantee an estate in fee simple absolute, free and clear of all liens and encumbrances created or suffered before or after the tax sale.”  Accordingly, the Pulaski County Board of Commissioners obtained “fee simple absolute” in the parcel, free and clear of any and all encumbrances, including Cotner’s adverse possession claims to the parcel.

Furthermore, the trial court’s attempt to craft an equitable remedy by granting Cotner an easement to access his barn on the disputed parcel was also impermissible given that the property was transferred by tax deed.  Under Indiana Code § 6-1.1-25-4(g), a tax deed transfers a property free of any easement that is not shown by public record.  Because the Cotner’s use of the disputed parcel was not pursuant to a recorded easement, the tax deed transferred the property free from any easement rights held by Cotner, and it was an error for the trial court to grant an easement in favor of Cotner.

While this decision is an important development in Indiana real estate law, it also contains a very practical lesson for all litigants.  Bonnell offered to sell the disputed parcel to Cotner for $890.  Cotner refused that offer and instead chose to litigate.  The expense of that litigation for each party, including appeals to the Indiana Court of Appeals and the Indiana Supreme Court, significantly dwarfed the value of the property.  And after paying those litigation costs, Cotner does not own the parcel and has a barn encroaching onto Bonnell’s property without an access easement.  While it is always easy to second guess decisions in hindsight, there was virtually no possibility that even if Cotner was successful with his litigation, it would be resolved for less than the $890 asking price.  The impracticality of the litigation was noted by the Indiana Court of Appeals when it stated in its conclusory paragraph that “[a]fter more than three years of litigation and two vigorous appeals, Mr. Bonnell now owns a 35-foot-by-100-foot section of land in the Cotners’ backyard, predominately covered with a pole barn, which Bonnell values at approximately $890.”