Ag Lending: Could Selling Crops Be a Crime? 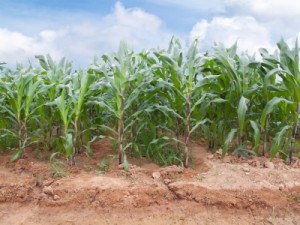 Ag Lending: Could Selling Crops Be a Crime?

In an agriculture heavy state such as Indiana, lenders necessarily will have a certain portion of its lending dedicated to agricultural and farming operations.   There are certain protections for lenders under both Indiana law and federal law, which, while easy to follow, may not often be employed by lenders.

The Uniform Commercial Code (“UCC”) was written to provide guidance concerning commercial transactions, and has been adopted in some fashion throughout the United States, including Indiana.  States are free, however, to adopt certain other provisions or deviations from the UCC.  As a general rule under the UCC, someone who buys a product in the “ordinary course” of the seller’s business buys that product free from any security interest or lien that a lender may have attached to that product.  This is true even if the lien is perfected and the buyer knows about the lien.

Historically, there was an exception to this rule for “farm products”, which includes crops.  Therefore, under the UCC, a wholesale buyer of a farmer’s crops bought those crops subject to any lender’s lien.

Congress, however, passed a federal law in 1985 to override this UCC exception, and stated that a buyer who in the ordinary course of business buys a farm product from a seller engaged in farming operations buys that farm product free of any lender’s lien.

As with every rule, there are exceptions, and this one is no different.  This same federal law provides that the buyer of farm products will take the farm products subject to the lender’s lien if the buyer has been provided specific written notice of that lien within one year before the sale.

So what happens in the situation where a farmer has borrowed money, pledged a security interest (granted a lien) in his crops, has provided a list of the people to whom he intends to sell those crops, but then, not wanting to repay the lender, sells those crops to a buyer not shown on the list?  Under the federal law, that farmer would be fined the greater of $5,000 or 15% of what the farmer received for those farm products.

In 2001, Indiana took this “written notice” concept from the federal law and incorporated a version of it into the Indiana UCC.  Under the Indiana law, a buyer in the ordinary course of business takes free of a lien granted by the seller, even if the lien is perfected and the buyer knows of its existence.  This applies to farm products as well unless the lender has followed the same notice provisions as are identified in the federal law.  If the lender does provide that notice, Indiana says that a farmer who then sells his crops to someone not on the list of buyers or fails to pay the proceeds of that sale to the lender within fifteen days of the sale, has actually committed a crime (Class C misdemeanor).  In addition, any purchaser who has received notice from the lender of the lender’s lien and fails to issue a jointly payable check (to include the lender) takes those farm products subject to the lien.

So what does this all mean for lenders making agricultural loans?  First, the security agreement should include language that requires the farmer/borrower to provide a list of all of the buyers to whom the farmer intends to sell in the next year.  The lender needs to update this list each year.  After receiving that list of potential buyers, the lender should notify those potential buyers of the lender’s security interest in any farm products delivered by the particular borrower.  By taking these two relatively simple steps, the lender can better protect its security interest, and also create additional remedies to be repaid its loan.

Image courtesy of Exsodus at FreeDigitalPhotos.net