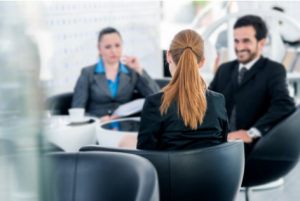 In a mediation, typically the parties hire a third party “neutral” person who, while she may be a lawyer, does not need to be in order to help facilitate settlement discussions.  Sometimes the attorneys involved will suggest a mediation as a way to have their clients listen to a neutral third party describe the strengths of the opponent’s case and the weaknesses of their own client’s case so that the parties can try to reach a resolution before incurring significant costs.  As previously noted in this blog, you are not sacrificing anything legally by engaging in mediation or other forms of settlement negotiations.  That is because if the case does not settle at mediation, any judge or jury who ultimately tries the case in court will never hear what offers of compromise may have been made by the parties.

It is important to remember that in a mediation, the mediator makes no decisions.  Rather, all of the ultimate decisions about whether to settle, and for how much, are left to the parties.  The mediator cannot force a settlement on anyone.  The mediator can make suggestions, and the parties can agree on different ways to mediate.  However, ultimately it is up to the parties to decide if the case will settle or not.  This is one of the big advantages of mediation, because the parties control their own destinies.  After a case goes to court, there are simply no guarantees about what may happen.

An arbitration is sometimes thought of as a “mini trial”, because an arbitration often can be completed in less time than a typical jury trial would take.  However, that is not always the case, and to effectively present the case for arbitration, the parties will likely need to engage in the same amount of discovery that they would have conducted if the case was going to be tried in court.

So the big difference is that in a mediation, the parties are trying to settle the case and the parties control the ultimate outcome.  In an arbitration, the parties do not control the outcome; rather, the arbitrators decide who wins and who loses.  Because an arbitration is so similar to trying a case in court, it is subject to the same uncertainties of outcome as a trial, and again this is why so many cases ultimately settle before the parties allow a disinterested third party to decide their ultimate fate.