Judges Are People Too 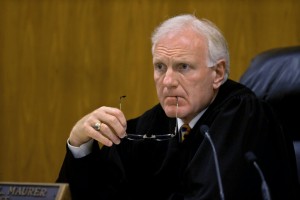 Judges Are People Too

We recently encountered another situation where we were reminded that regardless of what the law may be; a contract may say; or what the court orders may have been to that point in the case, ultimately the decision on how to enforce those things comes from a judge who has his or her own human emotions.  Before a recent hearing, we were having a discussion with our witness about the fact that there are really two aspects to the law: the legal side and the human side.  Interestingly, the witness thought that the human side is supposed to be left “out there on the sidewalk”.  For those of us who have tried a number of cases through a jury trial or to a judge, we know that is not at all the case.  Cases can be won or lost based upon the strength or likeability (or lack thereof) of a particular witness.  Cases also can be lost because even though the law allows for a certain remedy, the judge is just not willing to enforce that under particular circumstances.

In our recent circumstances, there was a widow who had been represented by an elderly lawyer, and the lawyer had fallen ill.  The judge therefore had some concern about how much she had been advised about what had been going on.  Therefore, even though by the various court orders that had been entered, and even though all of the i’s had been dotted and t’s crossed, the judge was reluctant to enter the order that we were requesting until she felt comfortable the widow had retained new counsel and that new counsel had an opportunity to get up to speed on the case.

What does this all mean?  What it means is that there are no guarantees when you go to court.  You can have the best written contract in the history of contracts, or previous court orders that give you the right to do exactly what it is you are asking the court to do at this time, but as soon as you get to court, and there is a human being who is being asked to enter the judgment or make a particular ruling, there are simply no guarantees.  This is a big reason why many cases do settle because by settling the parties retain control over what happens.  As soon as you relinquish that control and allow a judge or jury to make a final determination, it may not matter what the law is or what the contracts say; there is simply no guarantee of an outcome.