Ten Years to Fight Over a Contract? 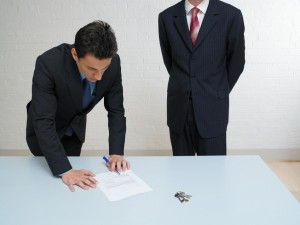 Ten Years to Fight Over a Contract?!

We are constantly emphasizing to our clients the importance of reading and understanding all of their contracts before signing them.  We also continually counsel our clients about the incredibly slow pace of litigation and how resolving business disputes through the courts can take many years.  A recent decision by the 7th Circuit Court of Appeals (which would hear federal cases under Indiana law) serves as a good illustration of these points:

In that, the 7th Circuit reversed a jury’s award of $1,500,000.00 in favor of a sales representative, and found that the plain language of that representative’s contract showed that he was only entitled to $54,000.00 in commissions.  The reason for the reversal was that his contract very clearly stated that in order for the sales person to receive commission credit under the employer’s previous compensation plan, any sale must close on or before December 25, 2005.  The sale at issue did not close until March, 2006.  During the original trial, the trial court allowed evidence to be introduced concerning what was intended by the parties, as opposed to simply enforcing the plain terms of the contract.  With the introduction of that extra evidence, the jury awarded $1,500,000.00.  The Court of Appeals reversed that ruling and directed that the employee was only entitled to $54,000.00.

A few interesting points that came out of this recent decision include the fact that this dispute has been ongoing for ten years.  For some perspective, the sale at issue closed about 18 months before the introduction of the iPhone and the decision was entered on July 1, 2015!  One can only imagine the amount of resources that have been spent fighting over the interpretation and enforcement of this contract, which on its face seemed to be relatively straight forward.

It also serves as a reminder that there are no guarantees when parties go to court.  Clients will often ask what a court is going to do, and anyone who has ever tried a case knows there is no such thing as a sure thing when you go to court.

Again, from the employer’s perspective in this case, it would have seemed clear that the court should not have allowed the outside evidence concerning the interpretation of the contract.  However, obviously the trial court allowed that to occur, and although that decision was reversed, it certainly cost substantial amounts of time and money to get to that ultimate result.

Read your contracts and understand the true cost and incredibly slow pace of litigation when deciding what decision needs to be made with respect to a business dispute.  We always educate and counsel our clients on these costs and the reality of the differences between the legal system and the business world, and clients are well advised to consider all of this when deciding what positions to take and whether or not a compromise is appropriate under the circumstances.