Oral Contracts are Enforceable in Indiana…

Oral Contracts are Enforceable in Indiana…

But Not if They Affect Real Estate 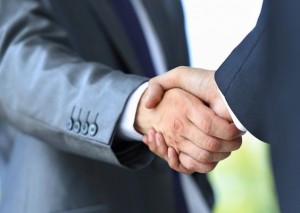 This fairly well established principle of law was recently reaffirmed by the Indiana Court of Appeals in a case involving a land contract.   Under a typical land contract, the seller retains legal title until the total contract price is paid by the buyer.  Legal title does not vest in the buyer until the contract terms are satisfied, but so-called “equitable title” vests in the buyer when the contract is executed.  It should be noted that the Indiana Supreme Court has previously determined that a land sales contract is similar to a mortgage, particularly if the buyer has paid more than a minimal amount of the contract price.    This affects what the seller must due in order to remove the buyer from the property if the buyer does not fully satisfy the terms and conditions of the land contract.

In this new case, the two parties had entered into a land contract whereby the buyer would be making monthly payments until the end of the contract on November 30, 2010, when the unpaid balance was to be due in full unless renegotiated.  As the end of 2010 approached, the two parties entered into an oral agreement to extend the monthly payments and delay the final balloon payment.  At the trial, there was a dispute between the parties as to exactly were the terms of the oral agreement.

After entering the oral agreement, the buyer made 34 more monthly payments.  In August 2013, the seller’s attorney asked the buyer to make the final balloon payment, but the buyer was unable to do so.   The seller then sued to reclaim possession of the property.

At trial, there was conflicting testimony about exactly what the parties had agreed to orally in 2010.   The buyer believed that he could continue to make payments until 2019, while the seller testified that the additional payments were a penalty for not having made the principal payment at the time that it was due.   This disagreement became important in the court’s ruling.

The trial court awarded judgment in favor of the seller, and the Indiana Court of Appeals affirmed that ruling.   Both courts relied upon the Indiana “Statute of Frauds” which requires that any contract which seeks to convey an interest in land is required to be in writing.   Specifically,

“An enforceable contract for the sale of land must be evidenced by some writing:  (1) which has been signed by the party against whom the contract is to be enforced or his authorized agent; (2) which describes with reasonable certainty each party and the land; and (3) which states with reasonable certainty the terms and conditions of the promises and by whom and to whom the promises were made.  Furthermore, where a contract is required by law to be in writing, it can only be modified by a written instrument.”

Therefore, the parties’ oral agreement was not enforceable.

As with many things in the law, there are exceptions to this rule.    There is a doctrine called “promissory estoppel,” which is based on the rationale that a person whose conduct has induced another to act in a certain matter should not be permitted to adopt a position inconsistent with that conduct so as to cause harm to the other person.   In order for an estoppel to remove a case from the requirements of the Statute of Frauds, the party must show that the other party’s refusal to carry out the terms of that promise resulted not merely in a denial of the rights that the agreement was intended to confer, but the infliction of an unjust and “unconscionable” injury and loss.

As would be expected, the buyer in this case argued that his 34 additional payments of $300.00 in reliance upon the seller’s promise were enough to invoke the doctrine of promissory estoppel.   However, as mentioned earlier, there was conflicting testimony on exactly what was agreed to at the time of the so-called “oral modification.”   Because the trial court not determine what the actual agreement may have been, there was no “promise” to enforce, and therefore the court relied upon the Statute of Frauds’ requirements.

It is also noteworthy that the Court of Appeals referenced the part of the written contract that provided that no delay on the part of the seller in exercising his rights under the contract (including the right to declare a default if the terms and conditions of the written contract were not met by the buyer) would not act as any waiver or preclude the exercise of that option at any time after that default may have occurred.   This is the type of “boilerplate” provision that people often will question the need to be in contracts.   Here, the courts looked at that language to rule in favor of the seller.

The obvious lesson here is that if you have any transaction involving the transfer of an interest in real estate, that agreement, whatever it is, must be in writing signed by all of the parties whose interest in the real estate may be affected.   Those types of contracts need not always be long or complicated, but they do need to be in writing, and as do any later modifications to those agreements.