Indiana Courts Enforce the Intent of the Parties 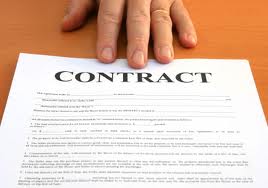 A bedrock principle of Indiana law is that the intent of the parties controls the contract. We are constantly advising our clients of this principle, and that is why it is so important that a contract clearly express the true intent of the parties, so that anyone who later reads that contract can understand without question what both parties meant when they agreed to the contract. The Indiana Court of Appeals has again reaffirmed this principle and repeated its long-standing policy of enforcing business contracts when the parties’ intent is clear.

In the case, which involved lien priorities, subordination agreements, crop financing and bankruptcy issues, there were 3 different lenders who had loaned money to a farmer.  At one point the lender who had the senior lien (“Lender #1), and therefore was entitled to be paid first from the proceeds of the farmer’s assets, entered into a partial subordination agreement with the lender which was “third in line” in terms of its lien position (“Lender #3).   It was clear from the subordination agreement that the reason for Lender #1 and Lender #3 to enter into the agreement was to induce Lender #3 to loan additional money to the farmer to plant crops.   Lender #3 then loaned additional money to the farmer, who ultimately filed bankruptcy.  The question then was which Lender was entitled to proceeds from those crops.

After analyzing case law concerning subordination agreements from other States, and parsing through a number of different arguments made by Lender #2 (who was trying to claim some portion of the crop proceeds even though it had not loaned any money towards those crops), the Indiana Court of Appeals noted that subordination agreements are merely contracts. They are contracts that often modify lien priorities. Because they are contracts, their interpretation is controlled by the intent of the parties as expressed by the clear language of the contract.

The Court ultimately determined that the intent of the parties was clear, that Lender #3 was entitled to be paid its debt from the proceeds of the crops for which it had loaned the additional money, and Lender #2, which was not even a party to the subordination agreement, was no worse off than it would have been had there been no subordination agreement.

The business lesson in all of this is, as always, to clearly document and say what you intend an agreement to be. Use clear language, simple words, examples and even illustrations where appropriate to express that intent.  By devoting a little more time and effort to clearly constructing the agreement, you will greatly increase the chance that the parties’ intent will be enforced and you will receive what you anticipated when you entered into the contract.