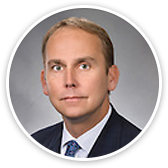 Lawyers rely upon previous court decisions when determining what advice to give to clients. By reading previous decisions based upon facts similar to a particular situation, a lawyer can best advise the client what is likely to happen and how to approach the problem.  For this reason, lawyers rely on the law generally being the same year after year.
The law can and does change, however.  In fact, sometimes a court will actually reverse one of its prior rulings.  The 7th Circuit Federal Court of Appeals recently did just that, and noted it is “not attractive” to “move from one side of a conflict to another,” but because the Court has a duty to apply the relevant law in a way to avoid “unnecessary litigation,” then the Court must do so.
Furthermore, as we all know the world changes, and sometimes changes very quickly.  It is amazing to think that the iPhone was not introduced until October 2007. Think about how much the world has changed as a result of the introduction into our lives of the iPhone/ Smartphone.  Looking back a few years further, the Internet used to be a novelty, and yet now is a practical necessity to everyday life, school and business.
However the process for changing the law is often quite slow, and so situations arise where technology and the world change so fast that the law is unable to keep pace and so there is no legal precedent to deal with new situations.  As a result matters  must be resolved using laws that were not really designed to deal with issues in the modern world, and there is no case law to guide the attorneys or the parties.
So what to do when the old meets the new, or stated another way, a situation arises as a result of the new (e.g. the Internet) which is governed by laws that have been in existence for years before anyone even considered something like the Internet or a Smartphone.
In a recent case decided by the Indiana Court of Appeals, one of the judges, in her dissent (disagreement) to the court’s ruling, looked at this phenomenon.  In the case, the LaPorte County Convention and Visitor Bureau announced at a public meeting that the Bureau was intending to begin using the phrase “Visit Michigan City LaPorte.”  A person who attended that meeting was then instructed by her employer (Serenity) to immediately register the domain name “visitmichigancitylaporte.com.”
Later on the same day as the announcement, when the Bureau went to register the website address, it discovered that it had already been purchased by Serenity.  The Bureau filed a lawsuit against Serenity.
The Bureau was successful on two separate occasions at the trial court, and the trial court issued an injunction that prohibited Serenity from using the website address. However, the Indiana Court of Appeals reversed the trial court, and ruled that the phrase “Visit Michigan City LaPorte” was not protectable, and that Serenity’s use of the phrase did not create any confusion concerning who was using the phrase.  The Court of Appeals noted that the existing law requires that someone who is seeking to protect a phrase, trade name, etc., must demonstrate that the phrase or name was previously identified with a particular company or product.  Because the Bureau had not established that it was already using the disputed phrase, it could not meet the requirements of the law.
In her dissent, Judge Riley noted among other things that the law concerning “unfair competition” has not kept pace with the times. She wrote:

[the law at issue] was enunciated in a time when men drove a cart and horse and life proceeded more slowly, but they are difficult to apply to an era where messages can be sent at the speed of light and goods can be purchased by the push of a button.  Although it is frequently feasible to pour new wine into old bottles, here, the old rule – albeit still valid – simply cannot keep up with the modern advances in technology.

After noting that many other courts are moving away from the strict requirements that were in place when Indiana’s law was enacted, she opined that it was an opportune time for the Indiana legislature to change the law to more accurately fit the realities of the modern day world:

In light of Indiana’s sparse and outdated case law, I would urge our legislature and Supreme Court, if the opportunity arises, to look beyond the man and cart method . . . and instead usher Indiana into the technological realities of the 21st century by formulating tools appropriate to handle the complexities of the internet’s realm.

It remains to be seen how the legislature will respond to this case.  There are numerous other laws still on the books that do not match the realities of the modern day world.  We will simply have to wait to see how quickly those laws are amended or replaced.