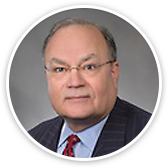 The Seventh Circuit Court of Appeals ruled in early 2014 that an Illinois tax sale purchaser was bound by the taxpayer’s Chapter 13 bankruptcy plan even though he was not listed as a creditor. The Illinois tax sale process is similar to that in Indiana in that the tax sale is noticed, a tax certificate is issued following sale and a redemption period is provided to the taxpayer following sale in which the property may be “redeemed” from the tax sale by paying the redemption amount to the taxing authority.

Although this is the result one would expect, bankruptcy plans frequently do not provide for payment of the same interest rate that is required under state law. Is the taxing authority obligated to pay the statutory interest to the tax sale purchaser required under the state redemption requirements in this situation even when it is not recovering that amount under the debtor’s plan? As the Seventh Circuit put it, “. . . that problem is for the courts or legislature of Illinois.”

One other point of interest is that the Seventh Circuit found that the redemption period was not tolled by the bankruptcy. As a result, if the debtors/taxpayers failed to obtain plan confirmation prior to expiration of the redemption period (or, perhaps defaulted in their plan payments later?), their rights in the property would be lost.