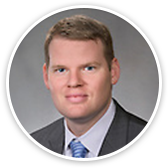 About nine months after the entry of such default judgments, Wells Fargo appeared in the action as WaMu’s successor in interest. WaMu was closed by the Comptroller of the Currency and most of its assets were sold to Wells Fargo, including the subject loan. Wells Fargo requested that the trial court set aside the default judgment entries, then filed a motion to reconsider when the motion to set aside was denied, then filed the appeal once the motion to reconsider was denied.

In such motions and on appeal, Wells Fargo made a number of arguments in favor of setting aside the default judgments that are beyond the scope of this blog topic. The trial court and appellate court found each of Wells Fargo’s arguments unavailing while determining that the mechanic’s lien holders had complied with their obligation to notify the parties with liens of record as of the filing of the action. An assignment of the WaMu mortgage to Wells Fargo was not recorded as of the filing of the litigation, and therefore the mechanic’s lien holders had complied with the Indiana Trial Rules by properly serving the registered agent of WaMu. Consequently, the appellate court held that it was not reversible error for the trial court to have denied Wells Fargo’s efforts to set aside the default judgment.

The takeaway of this decision for lenders is that mortgage assignments need to be recorded promptly so that litigants will have notice of the proper party in interest, and, in the case of mergers and acquisitions, safeguards need to be put in place to ensure that summonses properly served on the acquired institution are received by the acquiring institution. Trial courts have discretion to set aside default judgments. In fact, had the Wells Fargo trial court granted Wells Fargo’s motion to set aside the default judgment entries, it is almost a certainty that the Indiana Court of Appeals would have also upheld that decision and found such a decision to have been within the trial court’s discretion. However, it is best to avoid this uncertainty entirely by properly and promptly recording mortgage assignments so that the world is on notice of the correct mortgagee.